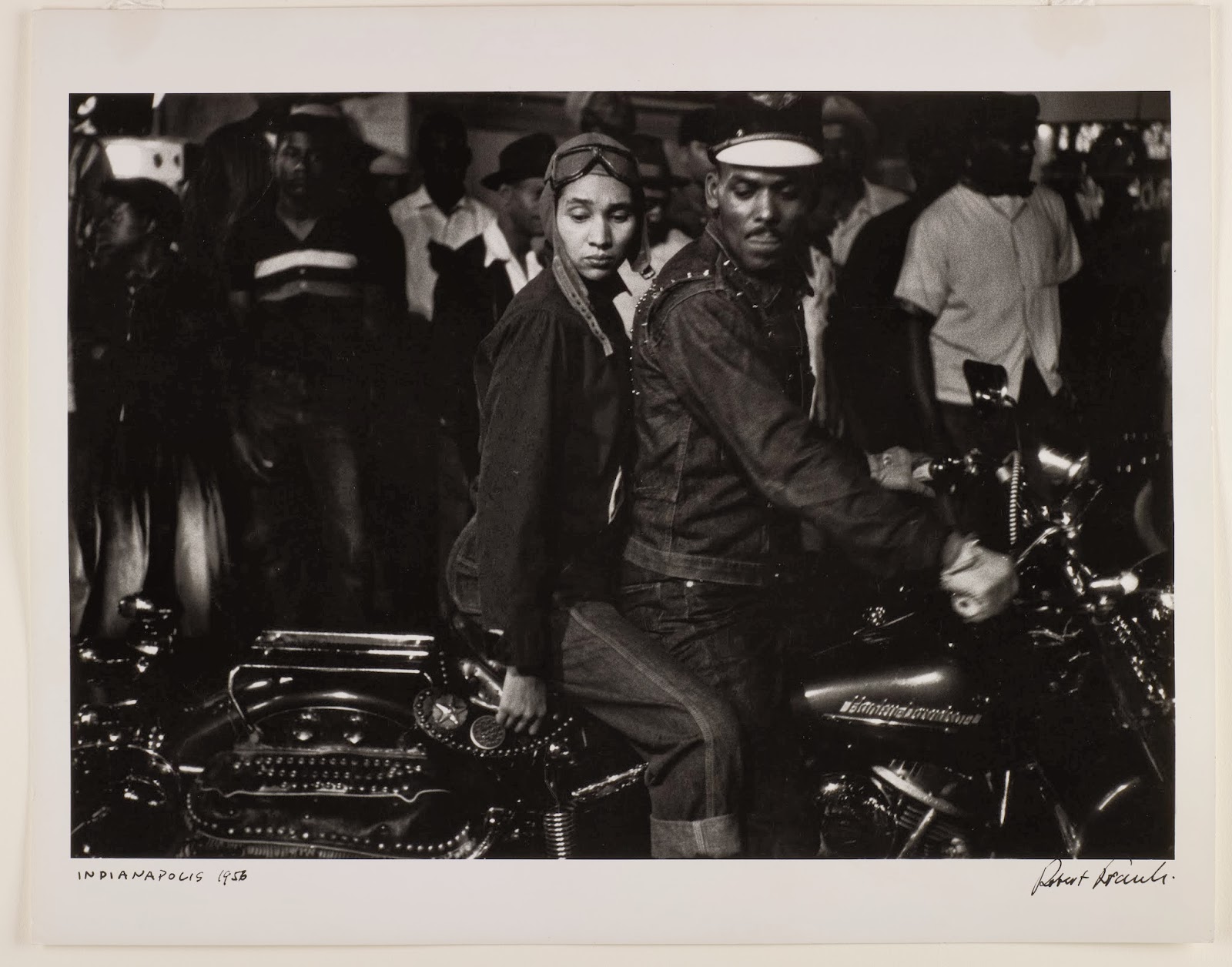 Indianapolis by Robert Frank is one of the 70 photographs in the WIDE ANGLE: American Photographs exhibition at the Art Museum at the University of Kentucky, on view now through April 27.


The photographer best known for capturing the feeling of America in the 1950s, from city streets to small towns, was the Swiss-born Robert Frank. Influenced by Walker Evans and his seminal book American Photographs, Frank crisscrossed the country between 1955 and 1957, traveling with his wife Mary (with whom he is pictured in the portrait section) and two young children, and shot 28,000 photographs. Although it is now widely considered a masterpiece, the resulting book, The Americans, was poorly received at the time. Critics derided the dark, seemingly random glimpses of popular culture.

One person who immediately understood the work was Beat Generation writer Jack Kerouac. In his introduction to The Americans, Kerouac wrote: “That crazy feeling in America when the sun is hot on the streets and the music comes out of the jukebox or from a nearby funeral, that’s what Robert Frank has captured in tremendous photographs taken as he traveled on the road around practically forty-eight states in an old used car (on Guggenheim Fellowship) and with the agility, mystery, genius, sadness and strange secrecy of a shadow, photographed scenes that have never been seen before on film.”

Frank’s “snapshot” aesthetic had a strong influence on a generation of street photographers.
Posted by Unknown at 12:43 PM