WIDE ANGLE going back in the box

WIDE ANGLE: American Photographs last day will be this Sunday, April 27. On Monday, the staff will put Ruth Bernhard's In the Box  - Horizontal back in the box, in preparation for the next exhibition, LANDSCAPE / MINDSCAPE: Selections from the Wells Fargo Collection which opens May 18 and runs through August 17, 2014. 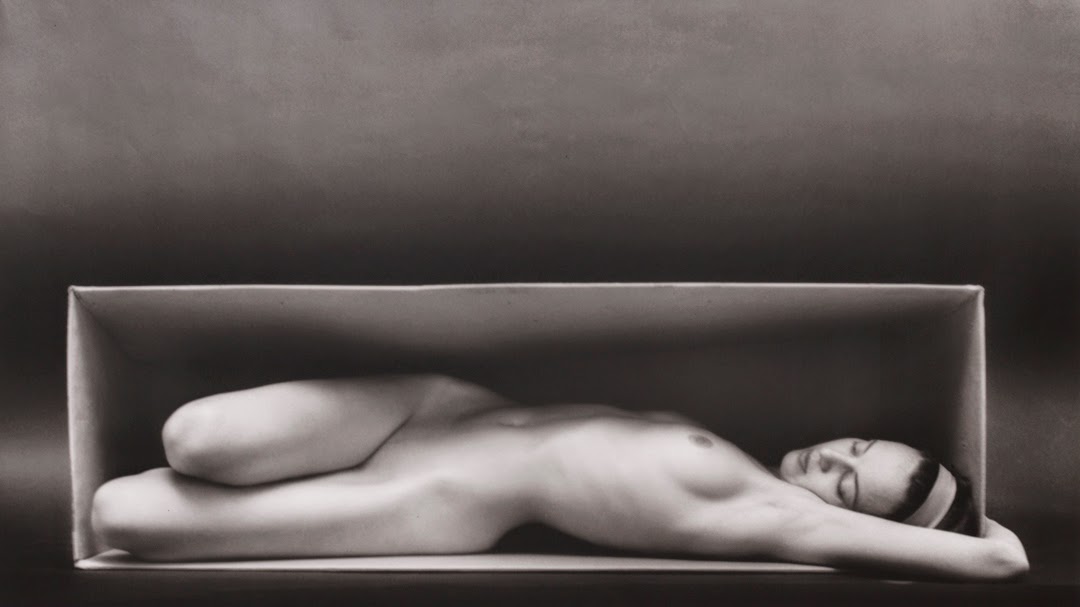 German-born Ruth Bernhard moved to New York in 1927, initially working for a woman’s magazine, and then as a commercial photographer. But her career in photography took off after a chance encounter with the influential photographer Edward Weston on a trip to Santa Monica, California, in 1935. “It was lightning in the darkness,” she said.

Bernhard moved to the West Coast to study and work with Weston and his friends in the f/64 Group, which included Ansel Adams and Imogen Cunningham among others. The group favored a modernist approach to photography featuring a sharp focus and carefully framed compositions.

Bernhard became known for her striking female nudes, such as In the Box—Horizontal. “My quest, through the magic of light and shadow, is to isolate, to simplify and to give emphasis to form with the greatest clarity,” she said. “To indicate the ideal proportion, and reveal sculptural mass and the dominating spirit, is my goal.”
Posted by Unknown at 7:57 AM