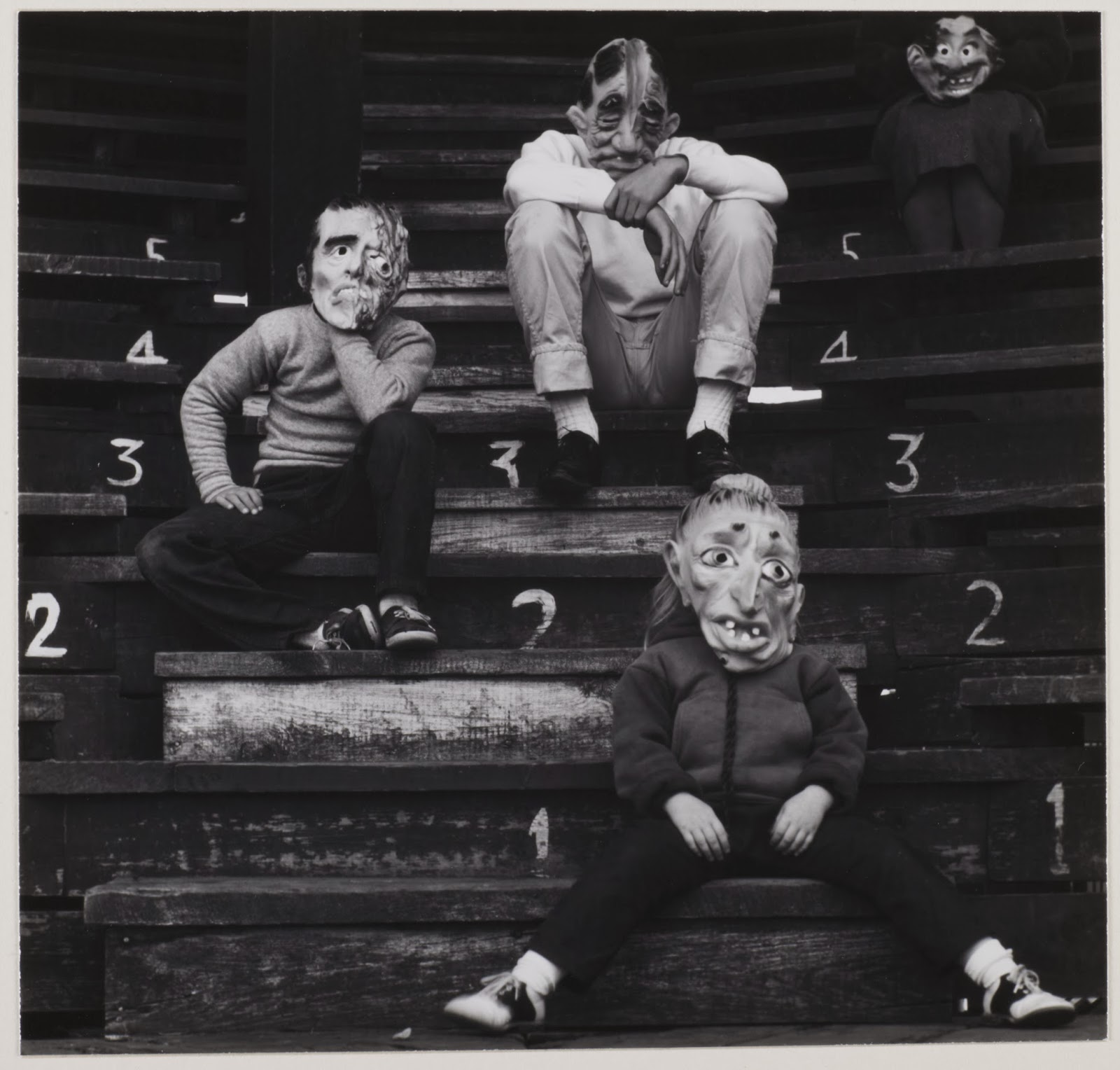 WIDE ANGLE: American Photographs from the Collection opened Sunday, January 26 and will be on view through April 27. This photograph by Ralph Eugene Meatyard is one of the photographs in this exhibition.

Ralph Eugene Meatyard’s love of art, literature, and philosophy enriched his photography and was fostered by multiple associations with artists, poets, and writers over his lifetime, including Guy Davenport, Wendell Berry, James Baker Hall, Jonathan Greene, and Thomas Merton. However, it was his introduction in the mid-1950s to the Eastern philosophy of Zen by photographer Minor White that had the greatest impact. Once familiar with Zen philosophy, “Meatyard dedicated his photography to conveying the spiritual essence of existence, which he felt lay beyond the visible world,” writes curator and photography historian Barbara Tannenbaum.

Accordingly, Meatyard was not interested in the traditional notion of photography as a recorder or mirror of reality, but of something deeper. He used various props and experimented with multiple exposures, blurred movements, and a “no-focus” technique. Many of his best known images are of his three children and other family members, who pose in dilapidated structures in rural Kentucky and the surrounding countryside. As in the photographs exhibited here, they sometimes wear rubber masks that not only obscure the identities of the models, but create an ambiguous portrait, not of any particular individual, but of humanity itself.

Meatyard also used the masks to pull viewers in, to more deeply consider the possible interpretations of his photographs. Described as “charming stories that have never been written,” by Davenport, a writer who taught at the University, these unsettling dramas constructed by Meatyard deal with the complex emotions tied to childhood and aging, intimacy and distance, and loss and destruction.